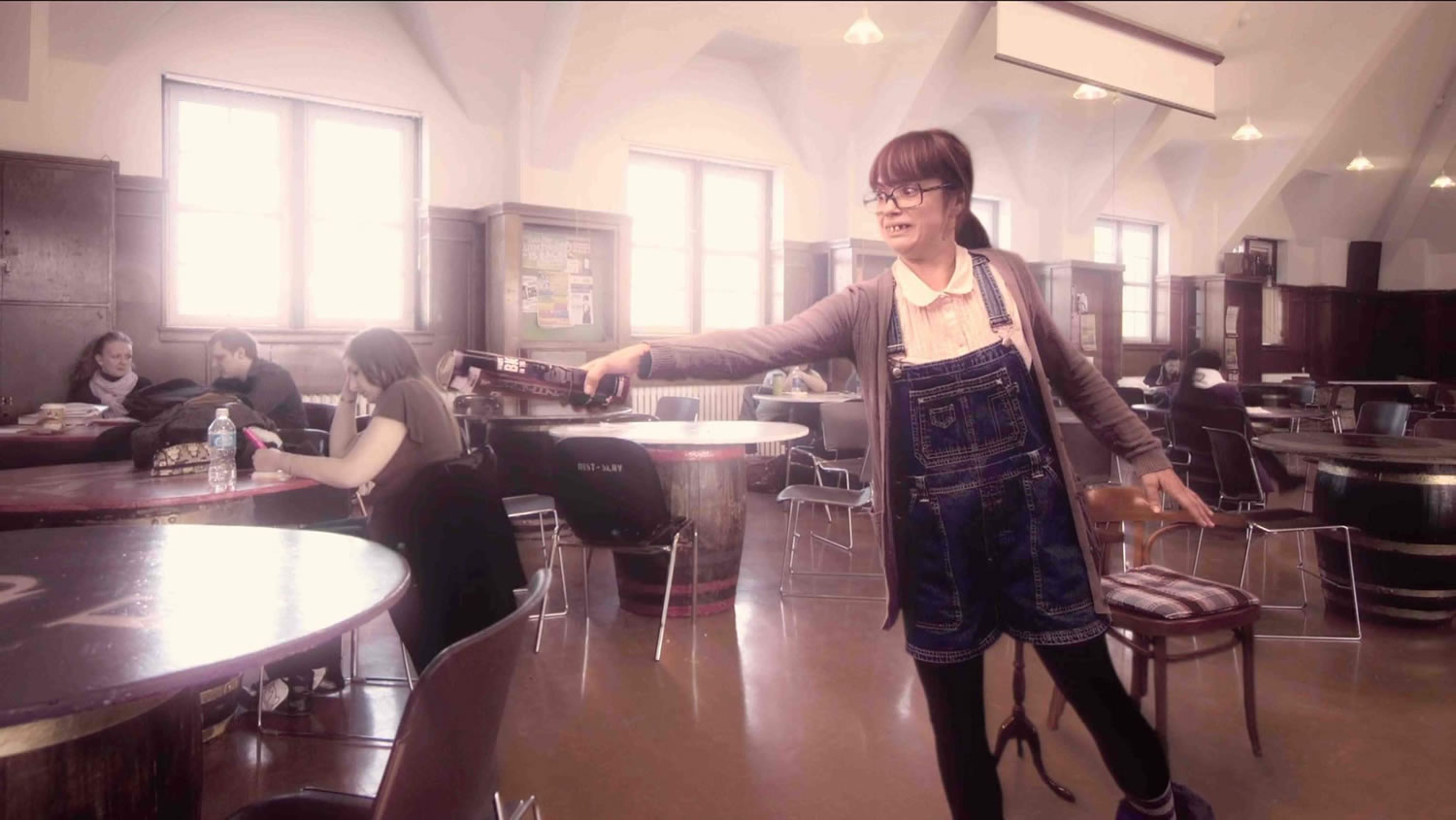 Fly is a very short animated comedy without any dialogue about a young woman who is rudely disturbed by a fly. The fly wants her iced-coffee, the woman wants to read her muscle magazine, and all hell is about to break loose.

David’s eleven short films have screened at hundreds of film festivals (eg. The Berlinale, TIFF, Rotterdam, Karlovy Vary, Taipei Golden Horse, etc.). They have also been sold to television markets around the world (eg. NBC, MTV, Canal +, FOX, Bravo!, the Comedy Network, and the CBC/ Radio-Canada) and have garnered many prizes. He recently co-wrote the feature 2 Frogs in the West and is working on two more shorts as well as two feature films with financing from La SODEC, Telefilm Canada, and Le Conseil des arts et des lettres du Québec. David Uloth holds degrees in Biology from McGill University and Film Production from Concordia University. He lives in Montréal with his DVD collection, his wife and collaborator, Chloé Cinq-Mars, and their son.