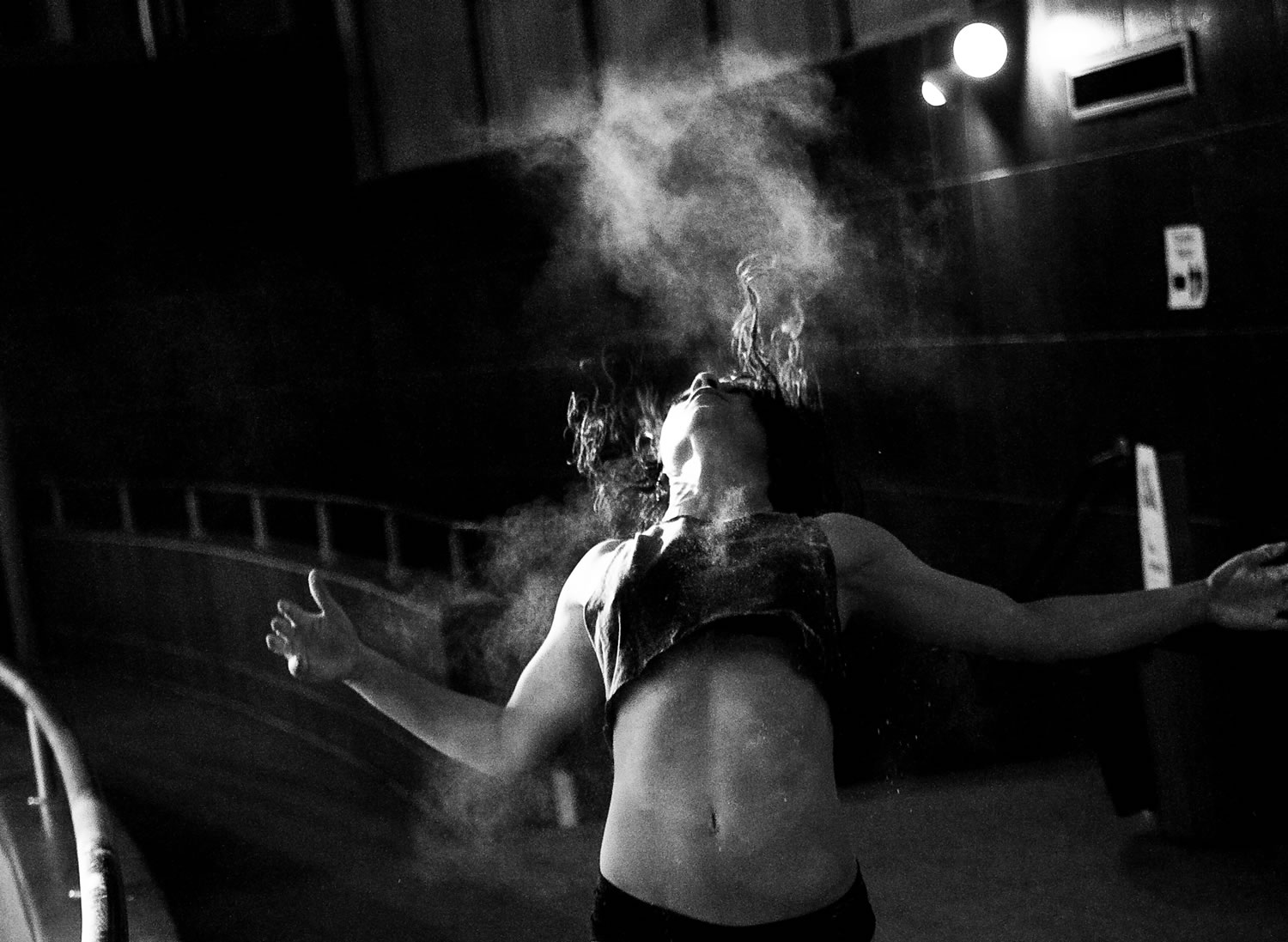 Through the specificity of certain gestures and movements, we find five different athletes training. What seemed to be only a simple workout routine becomes a ballet in which all athletes are transformed into notes of a musical score of a symphonic movement where the notes fit together and where the rhythmic repetition punctuate their movements and accord at a dance.

A true budding talent, this multitalented, multifaceted young director knows how to take full advantage of his experience as a film and television actor, script writer and designer. He has been recognized for his advertising work, notably for the Diet Pepsi commercial that earned him the bronze medal at the Summit Creative Awards in 2004 and his work on the Air Canada Revolution Campaign website also garnered him a Cyber Lions nomination. This year at the Academy of Canadian Cinema & Television Gémeaux Awards, he won «Best Direction in a Youth Program : Variety/Comedy» for Les Pieds dans la Marge 3. Christian Lalumière is now working on different projects for film and television. TRAINING SESSION is his first professional short film.