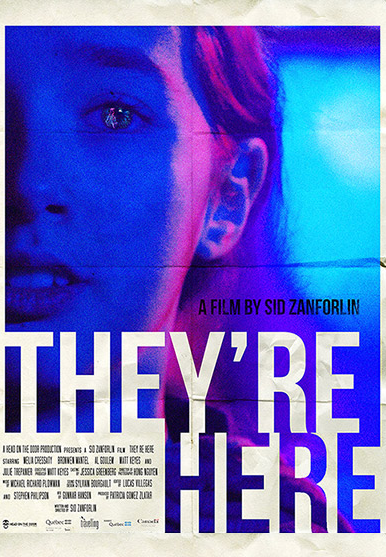 They’re Here is about a twelve-year-old girl named Sam whose grandmother suffers a severe stroke that leaves her catatonic. Unable to cope, Sam becomes convinced that her grandmother has been invaded by an alien and will stop at nothing to prove she is right... before it’s too late.

Sid “Santiago” Zanforlin is a Chilean Canadian that has directed over ninety episodes of television, numerous shorts, plays, music videos and two anthology features. He has won a Mecca award for theatrical revelation of the season, nominated for a Banff Television award, won many short film awards including Best Short at the Fantasia Film Festival and his music videos have been on display at various museums including the MAC.