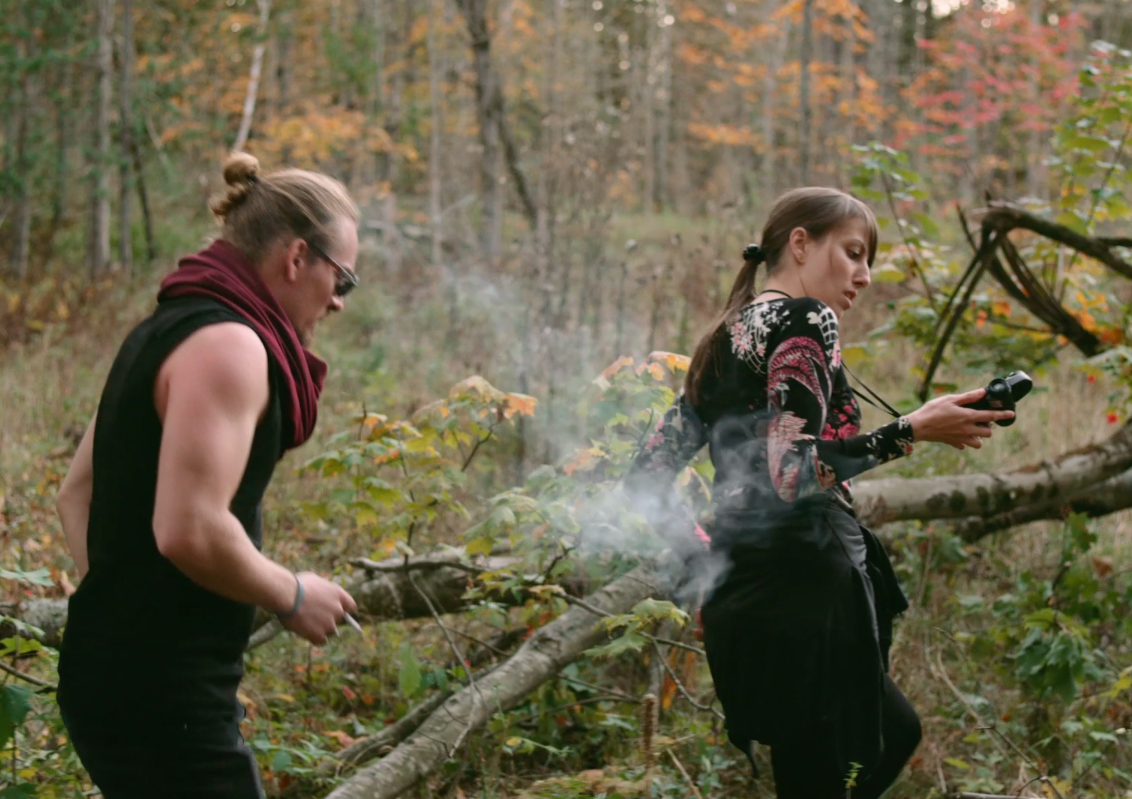 Tentacules 8, the Return of the Thing

Four moments of a creepy shoot in a creepy forest.

Ian Lagarde studied film production at Concordia University. He has directed the documentary The American Savannah , and the shorts Vent solaire, Planche à l'oeil, and Éclat du jour. He also did the cinematography on several shorts and and Denis Côté's Vic+Flo saw a bear. In 2009, Gabrielle co-founded Voyous Films ( which has become Voyelles Films). Since then, she's co-produced several music videos and short films. She studied film at Concordia University and has never stopped writing since then. As she is cumulating experiences in cinema, Gabrielle is directing every effort in making her work an ambitious event of astonishing encounters.