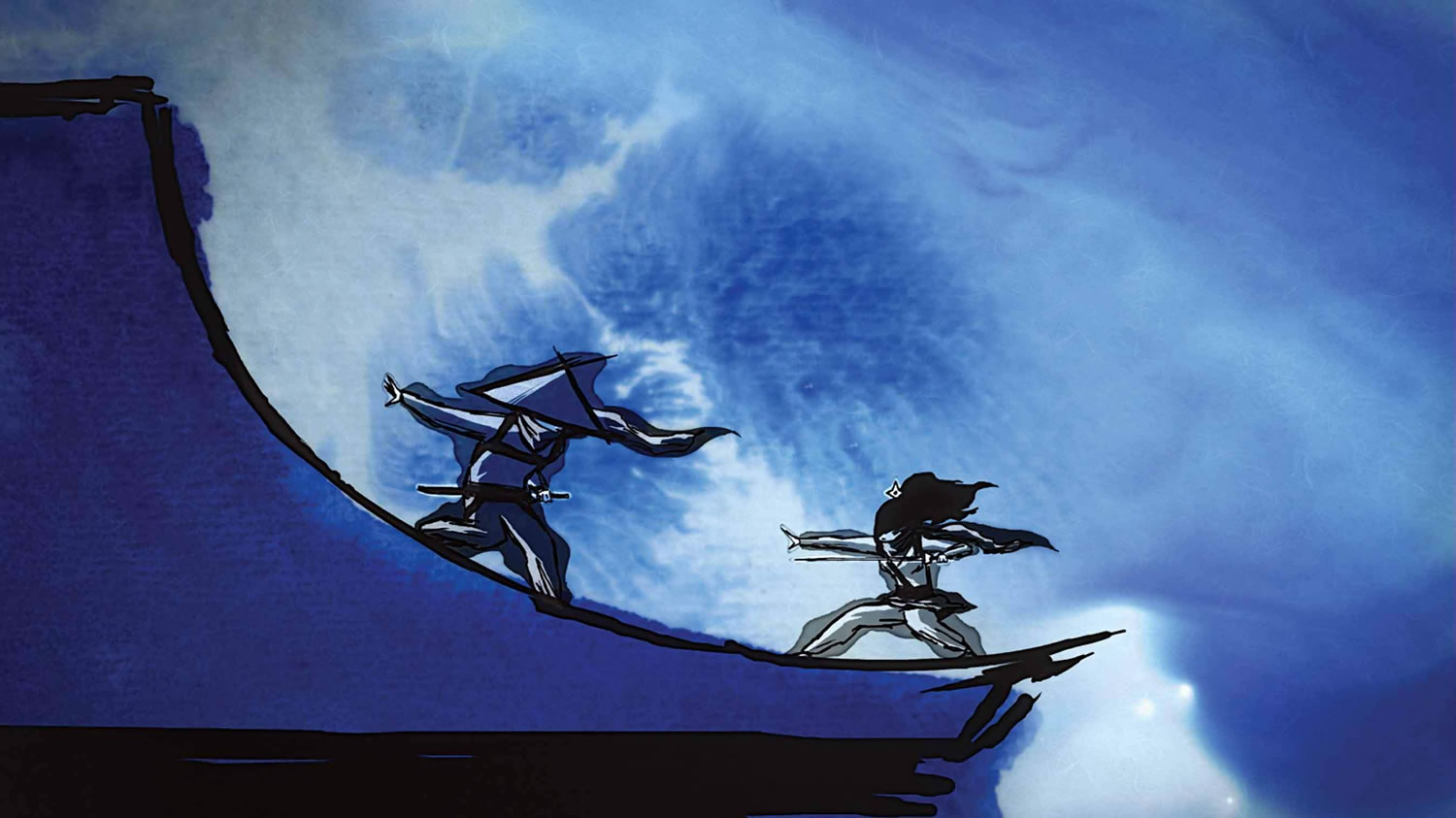 A modern-day couple’s secret love affair comes to a bittersweet end during an evening phone call. Cell phone static creates distance between them as they anguish over details of their relationship. But the visuals of the film reveal something entirely different: the epic re-imagining of their relationship set in feudal China, where family influence, cultural pressures and their lust for adventure makes more sense. In this dream-like short film, love goes to war over art.

Jonathan is a Toronto-born animation filmmaker based in Montreal. Jonathan studied traditional animation at Sheridan College (2003) where he produced the film Sherry, like the Drink, a tribute to his mother. After a year at Seneca College (2004) studying 3D animation, Jonathan moved to Montreal where he wrote, directed, and animated his first professional film Asthma Tech at the National Film Board of Canada. He then went on to co-produce and animate the first installment of a series of videos with Kid Koala entitled Floor Kids. After freelancing as a 3D pre-viz animator on such feature films as The Spiderwick Chronicles and The Mummy 3, Jonathan further pursued his animation filmmaking studies at Concordia University (2009). During his two years there, he experimented with different themes and media producing two films, Just Another Floor Kids Battle and Alpha Beta Complex. In early 2010, Jonathan was awarded grants and financial support from SODEC, Canada Arts Council, Bravo!FACT Charles Street Video and the NFB, for his latest short film Requiem for Romance, which was completed in December 2011. During the production of Requiem for Romance, he was also simultaneously working as an animator on feature film from France entitled Le Jour des Corneilles and the cartoon network series Ugly Americans. He has received the Certificate of Excellence at the Chicago Children's Film Festival, Best Short Film at the DC APA Film Festival, and several Teletoon Scholarships.