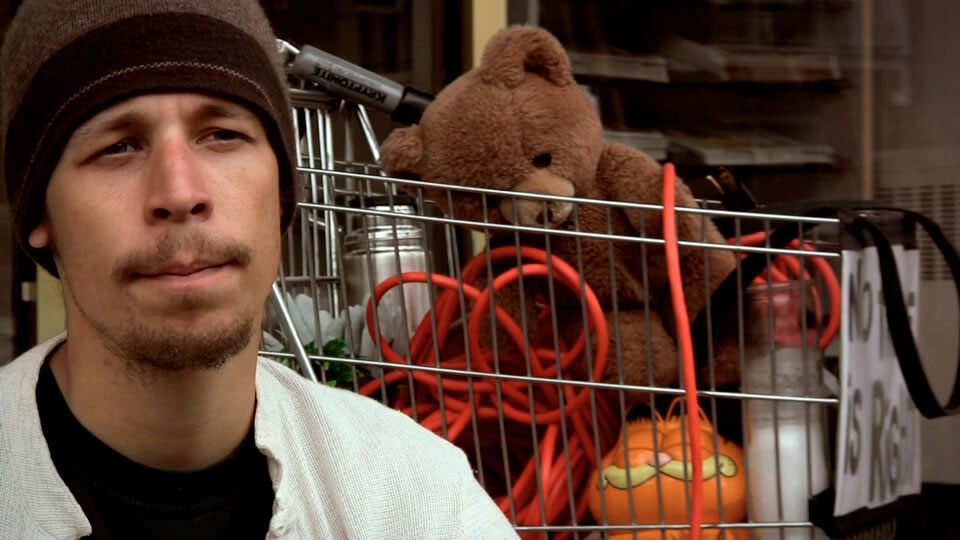 Denis Manzanno tells us how he manages to live outside the current financial system.

Director, director of photography and active member of the Kino movement since 2004, Lawrence took away the 2009 FILM BLITZ Grand Prize, the first prize of the « Festival du DocuMenteur en Abitibi-Témiscamingue » and directedd more than forty short films (video clip, try(essay), documenteur, fiction, documentary, report, etc.). She is also the winner of « Rallye Müvmédia » 2007, diffused on TV-Quebec and on internet. She also obtained in 2008, a grant in writting from of the SODEC for a documentary full-length film, which will be will shoot in 2010.