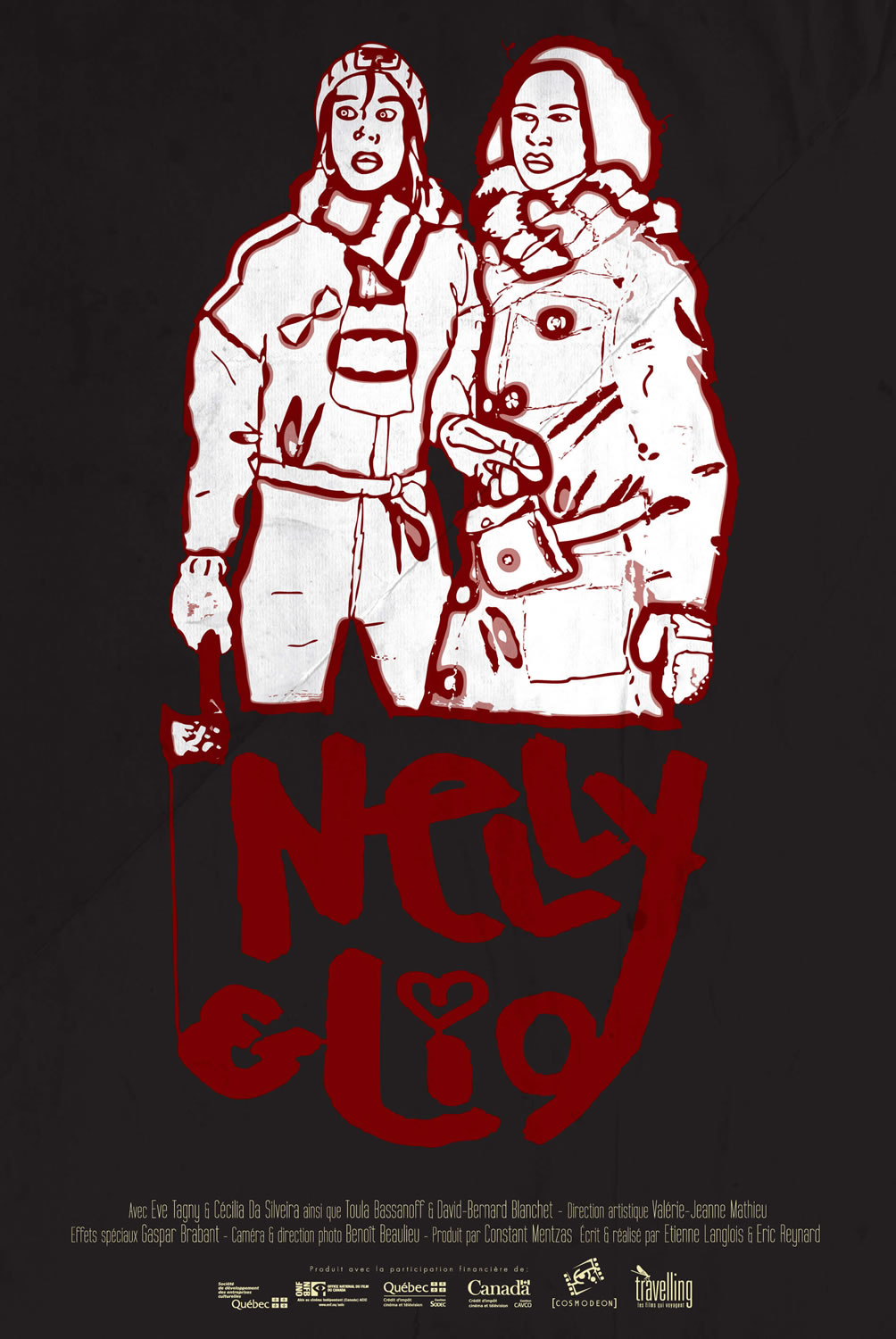 Nelly and Lio are in the forest while the radio announces that a dangerous criminal has escaped in the region. Their paths will inevitably intersect, but the girls are tough opponents, replying with all the energy and bad taste jokes they are capable of.

Etienne Langlois was born in Sept-Iles, Quebec. Passionate of music and cinema, he directed his first short films with his friends at early age. In 2004, he directed « The Castaway ! », a short film selected by prestigious festival « Silence, on court ! » in Quebec. In 2005, he won a writing award for the scenario of « Nelly and Lio » and finaly directed the movie in 2009. Etienne has his own business since 2006 as editor, cameraman, director and musician. Alternately legionary, tamer of swordfishes, writer of political debates and ladies' hairdresser, Eric Reynard wrote numerous short films all more pitiful than the others. In 2009, he wrote and directed with Etienne Langlois « Nelly and Lio », 11 minutes of pure bullshit a.k.a. the movie which should bury its career once and for all.