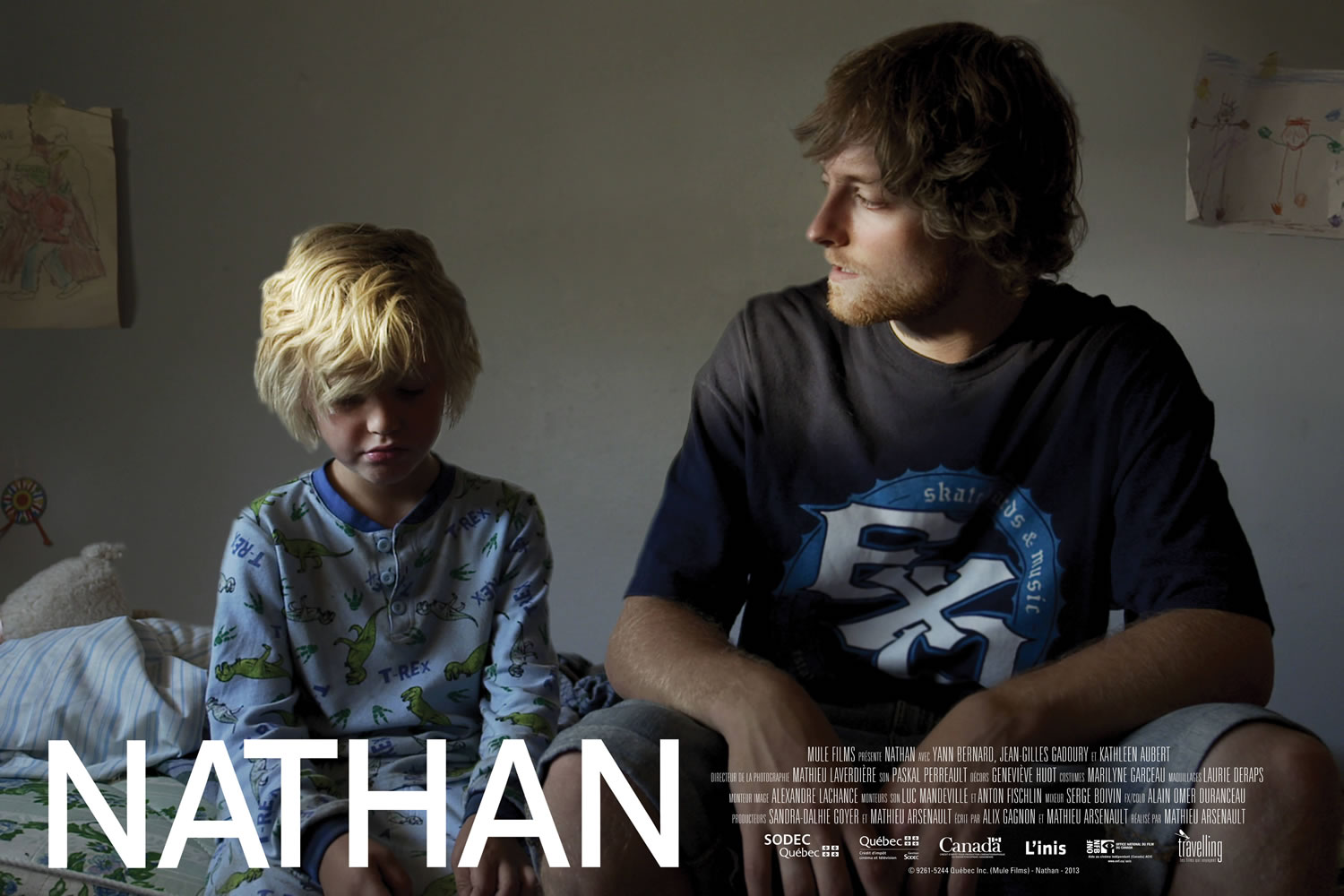 Michel and his son Nathan don’t see much of each other. Today is Nathan’s fifth birthday and Michel had promised to spend the afternoon with him. However, there’s a change of plans and Michel, an irresponsible overgrown teenager, chooses, once more, to bail out… His son’s smouldering anger will force him to stand up and ultimately assume his role as a young father.

Mathieu Arsenault completed cinematographic studies at the Université de Montréal and at L’Inis. He conducted filmmaking workshops with underprivileged youth in Marseille, France, as well as with Native communities in Northern Quebec. Short films he directed are: La Lettre (2005), Aquariums (2007), Kagamiko (2008) and L'insecte (2009). Mathieu also works as an editor for the well-known programme Les Francs-tireurs and for many documentary series. His professional achievements have earned him numerous industry nods, including many gémeaux awards and nominations.