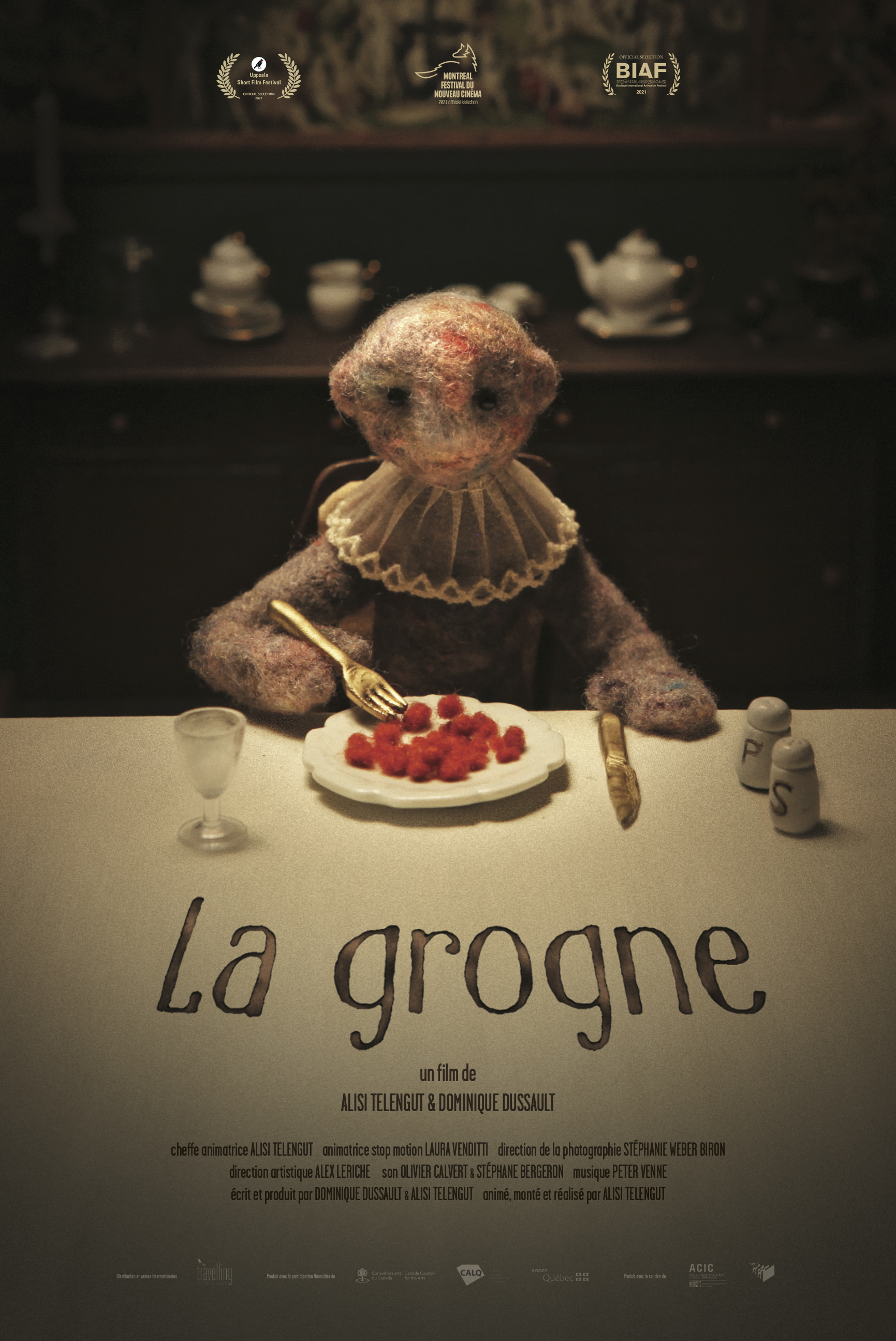 A child by all means tries to gain her father's affection, but the family dog proves to be a fierce rival. La grogne is a short animated film, a disquieting fable with dark humour, portraying the hurdles to maintain family equilibrium.

Alisi Telengut is a Canadian artist of Mongolian descent. She creates animation frame by frame under the camera, with painting as the medium, to generate movement and explore hand-made and painterly visuals for her films. Her works received multiple international awards and nominations. In addition to being screened at Sundance, Slamdance, Toronto International Film Festival (TIFF), AFI, Stockholm Film Festival, ZINEBI, Ann Arbor, and various worldwide film venues and exhibitions as animation and moving image artworks, these films have also contributed to enthnographic and ethnocultural research archives.