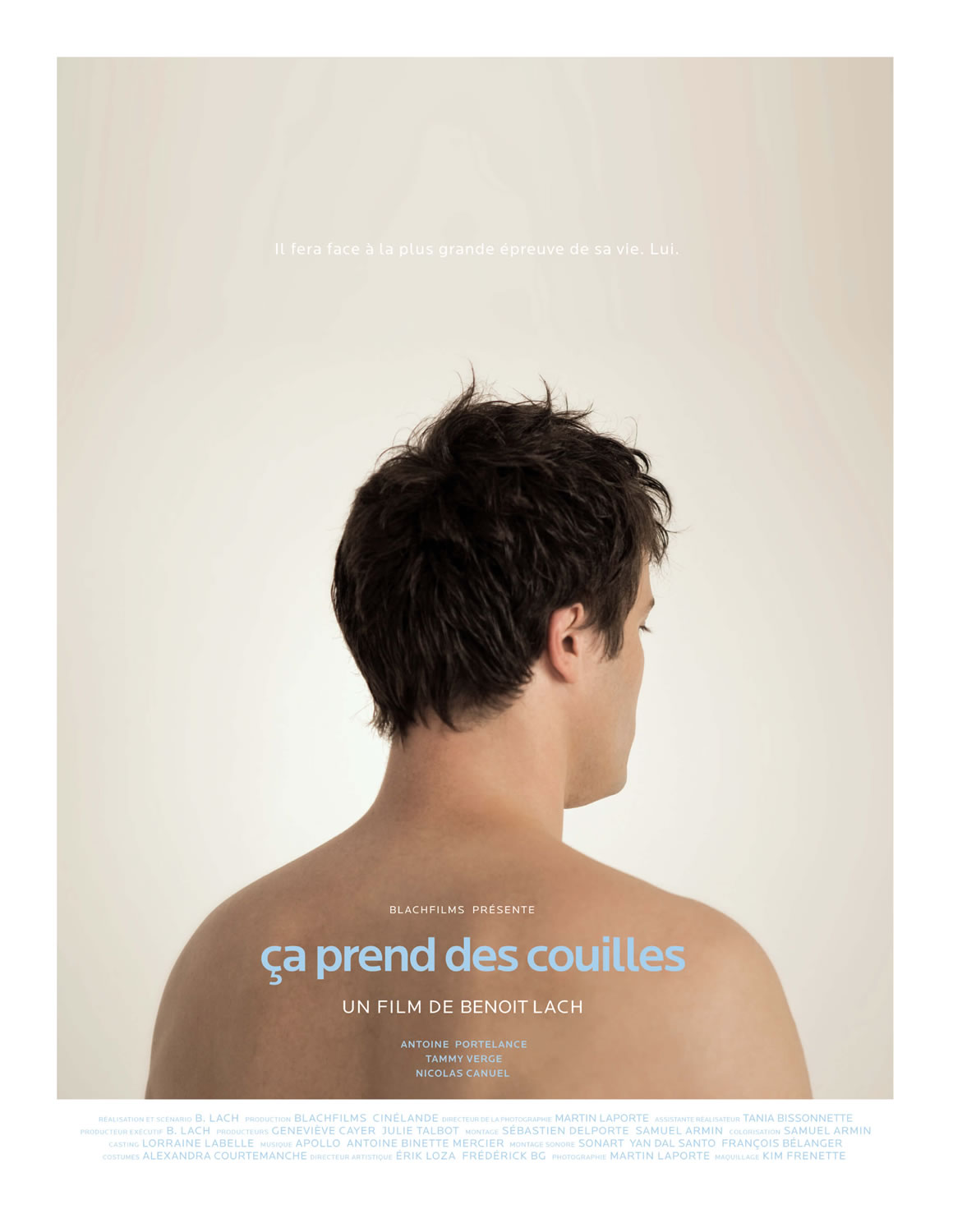 A young man waiting for a sex change operation is confronted by his masculine conscience, which tries desperately to convince him not to do it.

Cinema has always played a central role in his life. At the tender age of eleven, he already had his own private video club. Through his interest in graphic art, he began to explore the different facets of directing. In 2008 he took the bull by the horns and invested time and money into his directing career. In 2011 he wrote, directed and produced his short, It Takes Balls. Today he has several irons in the fire, including the production of his first feature, a second short film, and his first TV series.