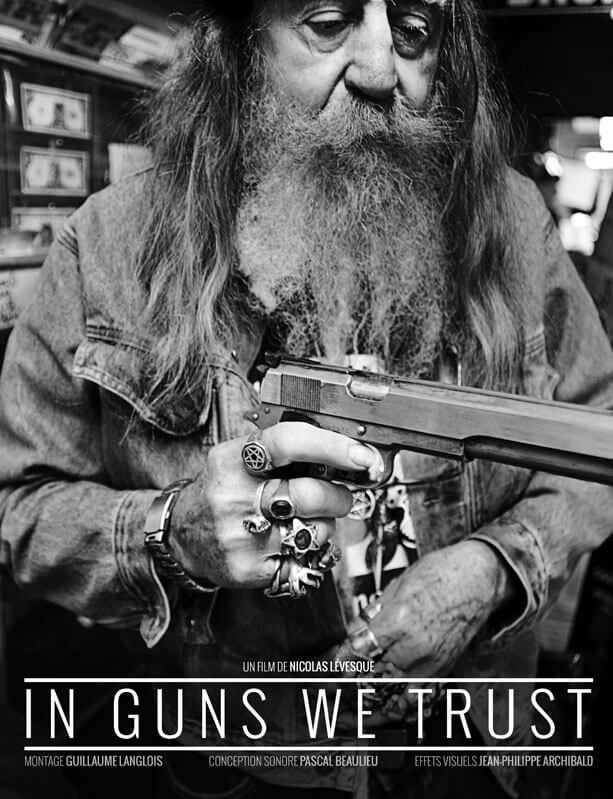 In Guns We Trust

In Kennesaw, a small American town in the state of Georgia, a good citizen is an armed citizen. By law, since 1982, each head of household must own at least one working firearm with ammunition.

Originally from Roberval, Nicolas Lévesque is a photographer and film-maker. Following his studies in photography, arts and cinema, he co-founded the KAHEM photographers’ association. He directed and produced the documentary short film Lévesque et fils, maraîcher(s) (2008), which appeared in over 12 festivals in Canada, the USA, in Europe and in Asia. Projet Racine(s) (2010), which he directed for Regard sur le court métrage au Saguenay, won first prize in the portrait category at the Grands Prix du Journalisme Indépendant. And his latest documentary, In guns we trust (2013) has been selected in the Talent tout court category, at this year’s Cannes Film Festival. His work as a photographer and film-maker has led him to many countries where he has produced and worked on several documentary projects. He now works for Télé-Québec as a journalist and director.