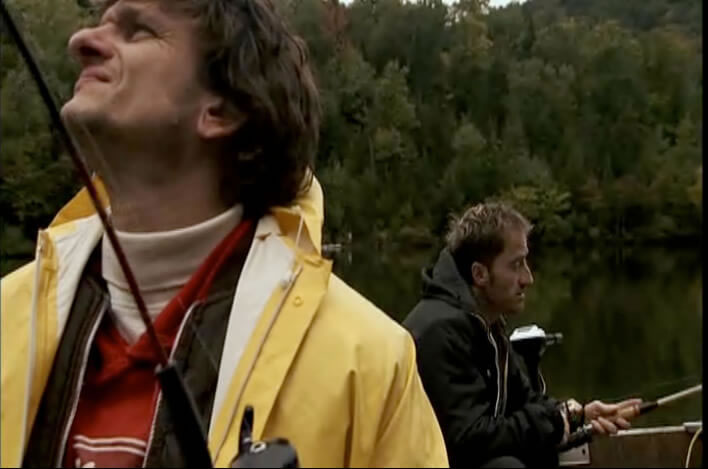 Two old friends are fishing, as they do it everyday, on their little lake located in the deep north. Since they dont have anything new to talk about, they dream of a more exciting life.

Richard Lacombe directed numerous publicity for TV from 2001 to 2004. He was also a freelance director and editor for diverse television broadcasts among which Les Franc tireurs. In 2005, he served as a formative director for Wapikoni Mobile. He then directed a documentary on the reconstruction of villages destroyed by the tsunami, in Indonesia. In 2008, Richard has directed Africorama, a documentary on the work and cultural experience of three Quebecers sent in Mali, in Burkina Faso and in Senegal. In autumn, 2007, Éric Dupuis and Richard Lacombe won the honors of the first season of the documentary series Fais ça court, broadcasted at Télé-Québec. For 3 years, Richard is the chaiman of the board of the cooperative of independent film-makers Spirafilm