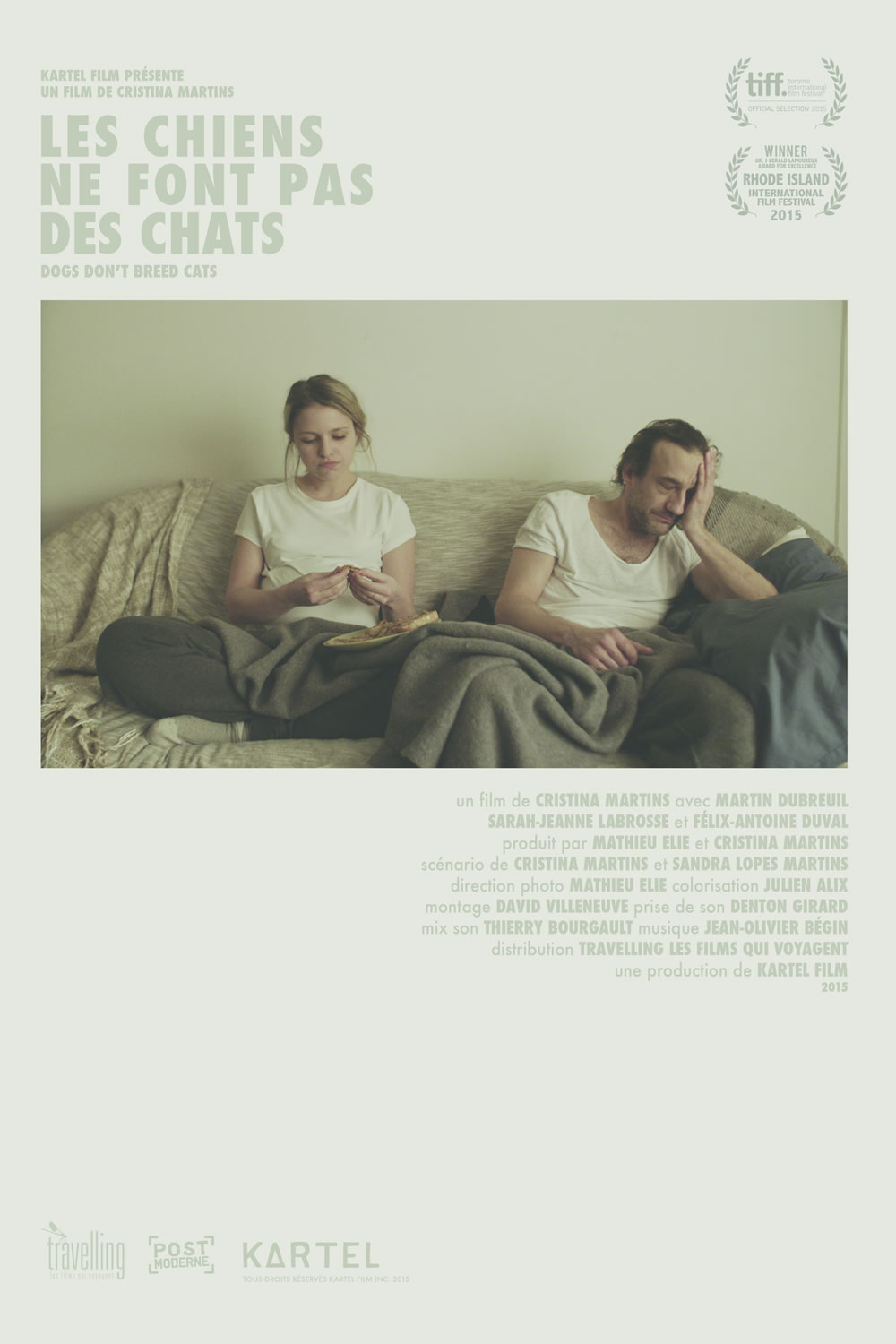 Pregnant and homeless, Joëlle shows up at her father’s house. Even if Jeff, a solitary non-conformist former punk is reluctant to the idea, Joëlle decides to stay. Jeff is overwhelmed by the casualness of his daughter, whom he barely knows.

Expanding her talent with each new project, Cristina Martins approaches her second short film Dogs don’t breed cats with a distinct focus on the acting. As an accomplished director of advertisements and music videos, Cristina has a profound desire to refine her characters, and capture reality while showcasing her city, Montreal, in all its splendour. The Clermont-Ferrand Festival, amongst others, has selected Cristina’s previous feature Par Avion. Since then, she created many fiction projects, one a full-length feature film, and this one, her second short film. Her close collaboration with scriptwriter Sandra Lopes Martins allows her to transform sincere emotions and stories into featured films.