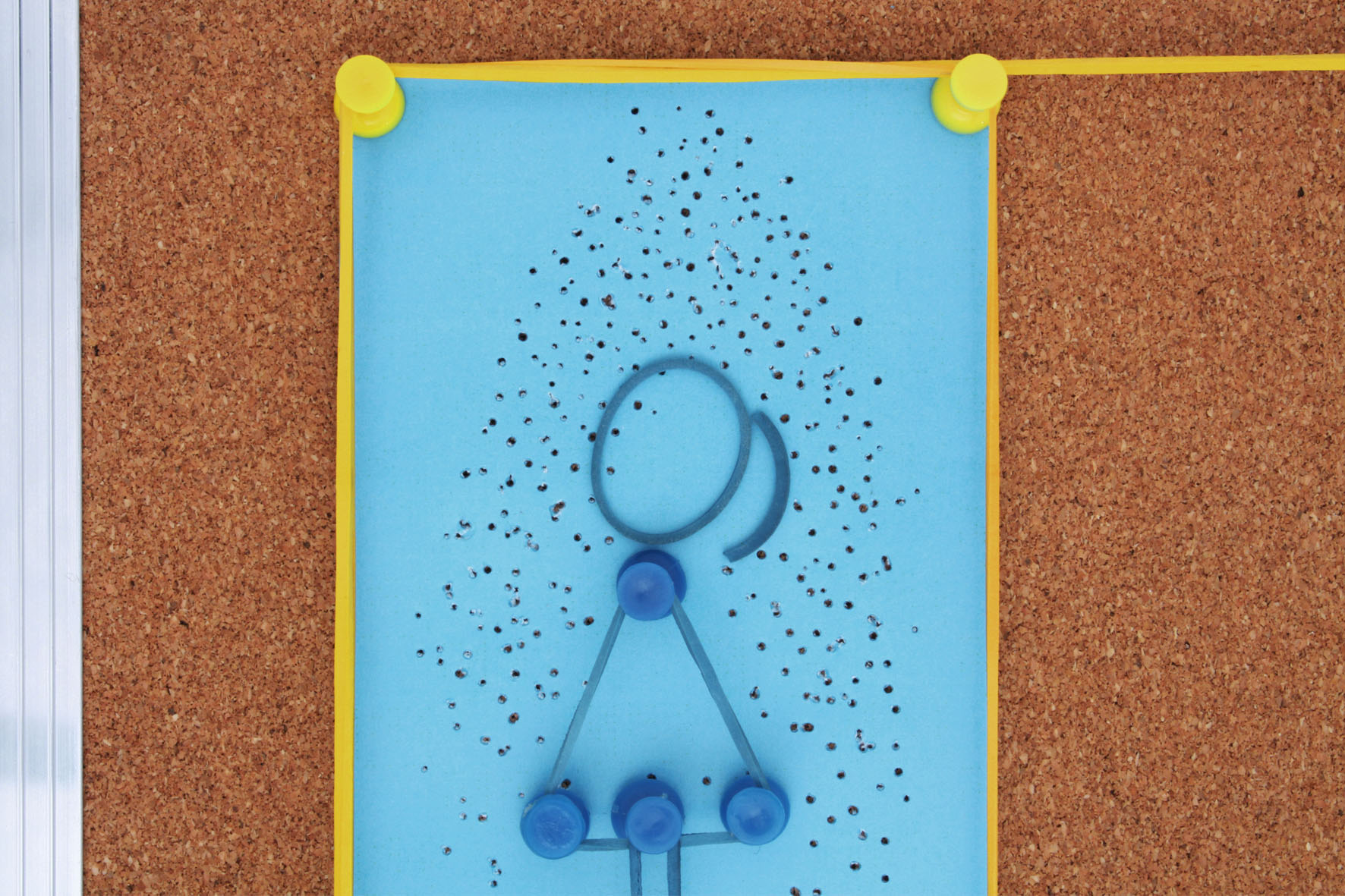 Elastika is not like any other little girls. First, because she made of elastics. Also because her universe is a land of cork. Her journey is also one of a kind, as she jumps from one building to another, crosses an ocean solo or travels to space holding on to a firework rocket. Her adventure, shot in stopmotion, required over 10 000 pictures.

Guillaume is a French copywriter who left his homeland to settle down in Montreal in 2003, after two years spent in Parisian advertising agencies. As a copywriter, his skills were mostly restricted to words. However, working in advertising enabled him - and still does - to meet many talented people such as directors, actors, musicians, photographs... Guillaume is a copywriter who decided to explore the other side of creativity in advertising : the image. For a decade, he has developed a passion for stopmotion animations and short films, using his writing skills to enhance his images. Through his work, Guillaume tries to bring emotions through images that people can relate to for they understand how it's made.